Learn how to reduce your property taxes.

Property taxes are due by 5 p.m. on Tuesday, Dec. 20, 2022. Any tax payments postmarked or received after the due date will be considered late. Late fees and interest will be added to the base tax amount.

For the December payment, property owners can choose to pay their taxes in full or just the first half installment. The second half installment must be paid by June 20, 2023, to avoid late fees and interest. If the second half payment is delinquent, interest will be calculated from January 1st until taxes are paid in full.

Effect of failure to receive notice: If you do not receive a tax notice for your property, this does not excuse the late charge and interest for non-payment. See Idaho Code 63-902(9).

June 20 – Last day to pay current year second half tax payments without a late charge and interest, calculated from January 1 (Not June 21st).

June 27 – Last day to file an appeal with Board of Equalization.

For questions regarding payments, please contact the Bannock County Treasurer and Tax Collector Office at 208-236-7220.

Property tax bills are issued by the Treasurer’s Office by the 4th Monday in November. Tax bills are mailed on each parcel not coded for a Mortgage Company.

Make sure that you notify the assessor’s office whenever your mailing address changes. You can contact their office at 208-236-7260.

If you will be traveling or out of the country at the time taxes are due, contact our office for an “estimated tax amount” so that you can prepay or make other arrangements to pay by the due date.

*The taxpayer is given the option of paying their taxes in full or in two equal halves on or before December 20th of the tax year. The second half must then be paid no later than June 20th of the following year (or the first business day following).

Effect of failure to receive notice: If you do not receive a tax notice for your property, this does not excuse the late chare and interest for non-payment. See Idaho Code 63-902(9).

Proof of payment of property taxes is the RESPONSIBILITY OF THE TAXPAYER [Idaho Code 63-1306(2)]. Be sure to keep accurate records, receipts, and cancelled checks documenting your payment.

You can pay your property taxes online by clicking here.

*Online payments require a debit or credit card, or an electronic check.

*Must be postmarked on or before the due date.

To pay over the phone, call the Treasurer’s Office at (208)236-7220. Please have your parcel number available.

Drop Off Payments At:

You can drop off payments in the white “drop box” located in front of the Bannock County Courthouse on the corner of Center Street and 6th Avenue in Pocatello. (Drop box is collected multiple times each day during the tax season.)

You can pay in person at the Treasurer’s Office in the Bannock County Courthouse (624 E. Center St.) Room 203. Payments can be made with credit/debit cards, check, money order, or cash. Please have your parcel number available.

For Information Call:
Questions regarding the taxing districts that receive revenue from your property taxes: Numbers are listed on this website under Taxing Districts.

Tax Payment Cycles and Due Dates
Due Dates – Primary Roll

In the State of Idaho, the property tax year runs from January 1st to December 31st, a calendar year.

All taxes on property assessed on the “Primary” Assessment Roll for the tax year are billed by the 4th Monday in November with a due date of December 20th (or the first business day following).

The taxpayer is given the option of paying the taxes in full or in two equal halves on or
before December 20th of the tax year. The second half must then be paid no later than
June 20th of the following year. If the 20th falls on a weekend, the due date will be
extended to the first business day following the 20th.

If the second half of the tax amount is not paid on or before June 20th of the following
year, that half becomes delinquent and a 2% late charge is added.. Interest on delinquent
second half taxes is calculated at the rate of 1% per month dating back to January 1st of
that year.

Taxpayers often have difficulty understanding why, if they pay their second half taxes
only a few days after the June 20th due date, they must pay six months of interest on the
delinquent second half. Under Idaho Code, the full year taxes are DUE on December
20th. To ease the burden of payment of the taxes in a lump sum, however, the law gives
the taxpayer the option of paying one-half of the tax amount on or before December 20th
and deferring payment (an extension) of the second half taxes until June 20th of the
following year without any late charge or interest. If, however, the payment is not
received (or postmarked) by June 20th, the late charge and interest is added as if the tax
became delinquent after the original December 20th due date.

Please Note: Additional collection procedures exist on delinquent Mobile Home and
Personal Property taxes. These procedures include additional fees, loss of the extension
option on the second half, and collection by the sheriff on a Warrant of Distraint.

Idaho Code 63-902 specifies the tax billing procedure for property taxes. There is only one
required billing under State Code and that is the bill that must be mailed on or before the
fourth Monday of November in each year. The delinquent notices that Bannock County
sends out are courtesy billings, provided as a service to taxpayers of Bannock County.
This particular code section also states what information must be on the tax notice.

Note: The Treasurer’s Office Includes with your Current Tax Notice the June 20th Second Half
Payment Stub as well as a Reminder.

We can accept partial payments of any amount at any time on delinquent taxes. Interest
will continue to accrue on the unpaid delinquent balance at the rate of 1% per month.
Partial prepayments of at least $25 can be applied toward current year or future taxes on
both real, mobile home and personal property.

YOU WILL RECEIVE TWO (2) NOTICES.

Exceptions to the basic due date rules for property taxes may occur under the following
circumstances:

Reminder, 1st half property taxes are due December 20 of current year & 2nd half are due June 20 of the next year. Tax amounts and payments are not available on this web site, at this time. Call the Treasurer’s office for information. If paying after the due date, please call 208-236-7220 for the amount due with late charge and interest.

View current and past news releases from the Treasurer’s Office. 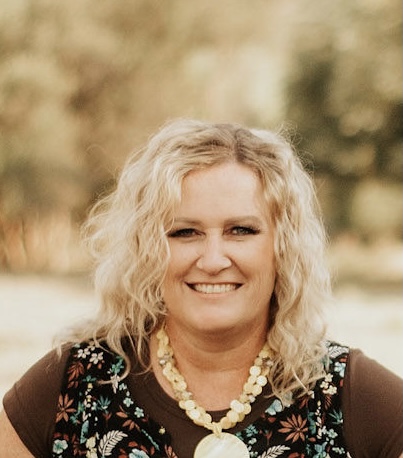 Jennifer started working in the Treasurer’s office in March of 1998. She has worked under three different Treasurers which has given her the opportunity to learn all of the functions of how the Treasurers office runs. She was proudly elected the Bannock County Treasurer in November 2018.

She has lived in Southeast Idaho since she was a small child. She grew up in Soda Springs and moved to Pocatello to attend Idaho State University and never left. Before working at the County, she worked for West One Bank (now US Bank) for 6 years.

Jennifer’s family has a rich tradition of civil service. Her father was in the US Navy, her husband is a firefighter for the City of Chubbuck, and her son is serving in the US Airforce. She loves living in this community and is proud to have the opportunity to serve the Taxpayers of Bannock County.

About the Treasurer's Office

Responsibilities includes continuing the excellent customer service that has been established in this office, collecting and accounting for the property taxes assessed by the County and the other taxing districts; receiving all moneys belonging to the county; keeping records of the receipts and expenditures from all funds; making monthly statements with auditor and presenting to county commissioners; investing county funds safely; and serving as personal representative for the estate of deceased persons when no relative is able or willing to serve as administrator.

My staff and I are always willing to assist taxpayers with their questions and problems. Our Mission Statement is; to bring our citizens the continued, effective, courteous and considerate service that they deserve and to which they are accustomed. We pride ourselves in being helpful, accurate and professional in our interactions with our customers and to make the tax paying process as pleasant as possible. If you have any further questions that this web site does not address, please contact our office and we will be happy to help.

FLOODS – Are you prepared? Flood Protection, FEMA, and Floodsmart.gov