Breaking and entering is a crime. And $2,000 worth of damage is a felony.

The Bannock County Sheriff’s Office is asking the public for information about a series of juveniles breaking into unoccupied homes under construction to throw house parties.

On Tuesday morning, June 21, the Bannock County Sheriff’s Office was notified of significant damage to an unoccupied home under construction in the Mink Creek area.

Detectives found empty beer cans littered around the home and holes punched into the walls. Interior doors that had not been installed were used as beer pong tables, damaging the paint. The damage to the home is an estimated $2,000.

On Wednesday evening, June 22, deputies were again notified of a party being thrown in an unoccupied home under construction in the Philbin/Tyhee area.

Suspects could be charged with felony malicious injury to property which is punishable by up to five years in prison and a fine of $1,000. In addition to malicious injury to property, the suspects could face misdemeanor unlawful entry and minor in possession of alcohol, which is punishable by up to a $2,000 fine and/or 30 days in jail.

If you have information regarding this incident, please contact the Bannock County Sheriff’s Office at 208-236-7111.

Neighbors are asked to report suspicious activity, including unusual traffic in the late evening, to the Sheriff’s Office or your local police department.

Photos show evidence of some of the damage to the home in the Mink Creek area. 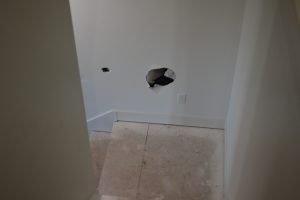 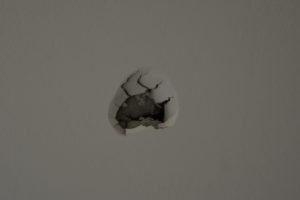 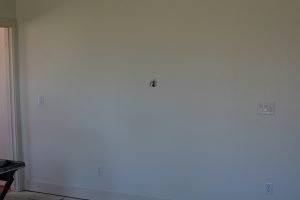