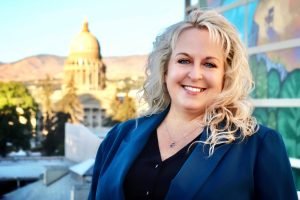 In a public meeting on Tuesday, Jan. 3, 2023, Bannock County Commissioners Ernie Moser and Jeff Hough signed a professional services contract for Owens to act as a forensic pathology consultant in establishing a facility to conduct autopsies.

The East Idaho Forensic Pathology Center will be a state-of-the-art facility to perform autopsies for 17 counties in eastern Idaho. Currently, all autopsies in Idaho are conducted in Boise.

“This is going to be a huge benefit to the state. Coroners will be able to autopsy cases without the time and financial strain of driving hours to Boise, which I expect will make everyone more efficient,” Owens said.

Owens, who has 16 years of experience in the field, is certified by the American Board of Medicolegal Death Investigations at the Diplomat status and holds a Master’s Degree in Criminal Justice.

“I have a lot of ideas to make this a first-rate facility that’s equipped to effectively serve the region’s needs. I’m excited to work together to make this an asset eastern Idaho can be proud of,” Owens said.

“Dotti is one of the driving forces in Idaho for improving death investigations throughout the state. Her involvement will not only help this project move faster, but she’ll bring a level of expertise and knowledge above and beyond what we currently have,” Hough said.