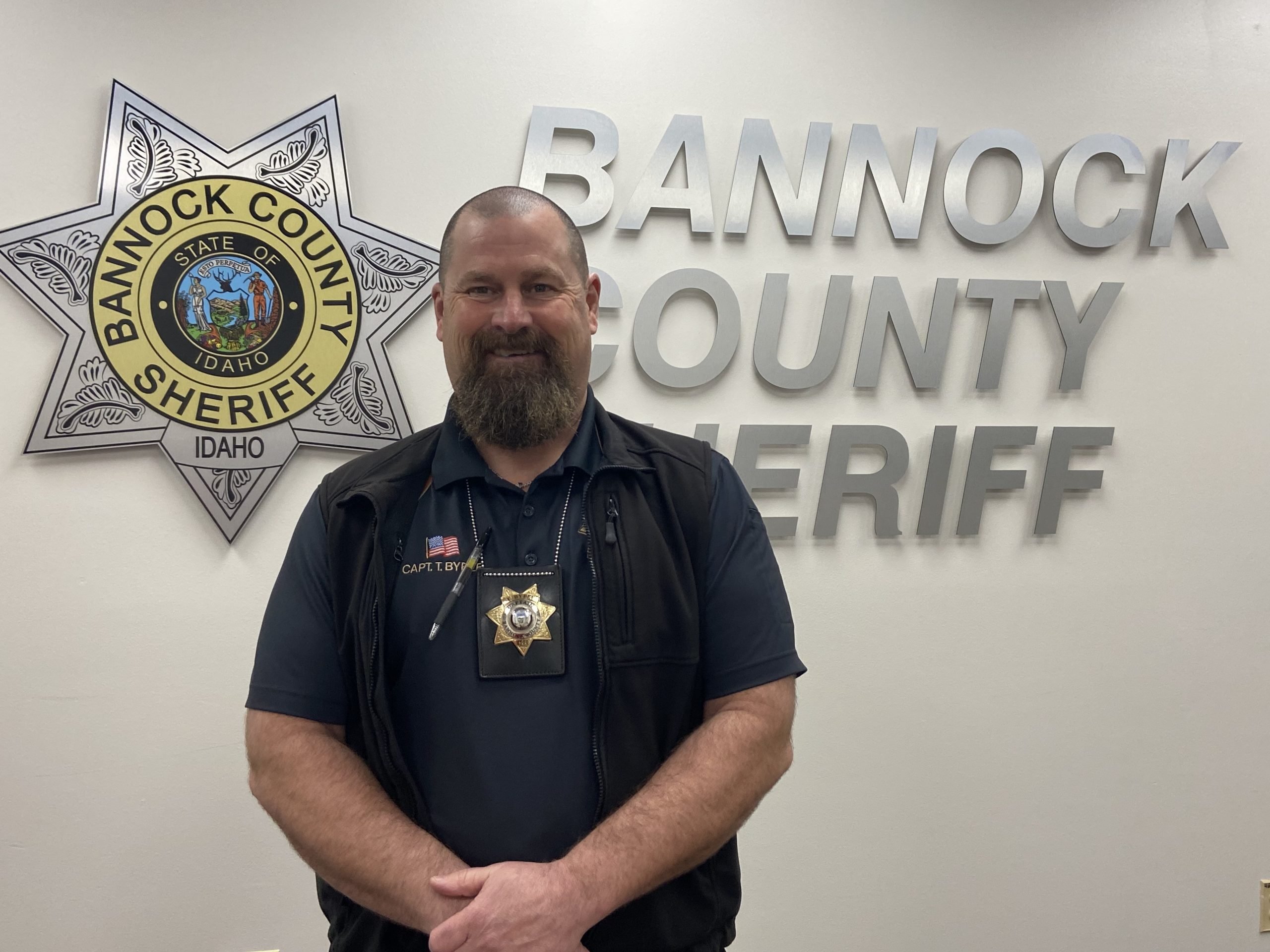 Another long-time deputy is announcing his retirement after serving 32 years with the Bannock County Sheriff’s Office.

Captain Tad Bybee joined the detention division in October of 1990 and will officially retire on Wednesday, March 16 as the highest-ranking deputy in the division.

Sheriff Tony Manu described Bybee as a “cornerstone” of the Sheriff’s Office.

“To serve an entire career in detention operations takes a special person who is committed to serving the community, fellow deputies, and the population of the jail. Captain Tad Bybee is definitely that person and more,” Sheriff Manu said.

Bybee has been an integral part of the BCSO, having an instrumental role in the transition from the old jail to its current location in 1994. He also established Bannock County as a leader in the state through his work as the Coordinator for the Detention Center Prison Rape Elimination Act (PREA). In this position, Bybee wrote and implemented policies and procedures that made the Bannock County Detention Center the first adult facility in Idaho to be PREA compliant.

Bybee was a leader in other ways, too: he worked as the Sheriff/Commissioner’s Inmate Labor Detail Supervisor and was the Team Leader and Commander of the Detention Automatic Response Team (DART) for nine years.

Bybee’s spent 29 years as an Idaho POST Certified High Liability Instructor, teaching hundreds of new officers arrest techniques, ground control, weapons retention and disarming, and how to use aerosol defensive weapons. Bybee also worked hands-on with new deputies as a Field Training Officer and Coordinator. His leadership and instruction will have lasting effects in the Bannock County Sheriff’s Office beyond his retirement.

“The people of Bannock County have treated me exceptionally well in my time at the Sheriff’s Office, and I’ve really appreciated that. It will be tough to leave this job, but I’m excited about the new adventures ahead of me,” Bybee said.

Bybee’s future plans include traveling and spending time with his family outdoors: hunting, fishing, camping, riding ATVs and snowmobiles. He also looks forward to learning how to “decompress” after years of demanding work and sleepless nights.

“I have so much respect for Tad and wish him well in life after this challenging career,” Sheriff Manu said.