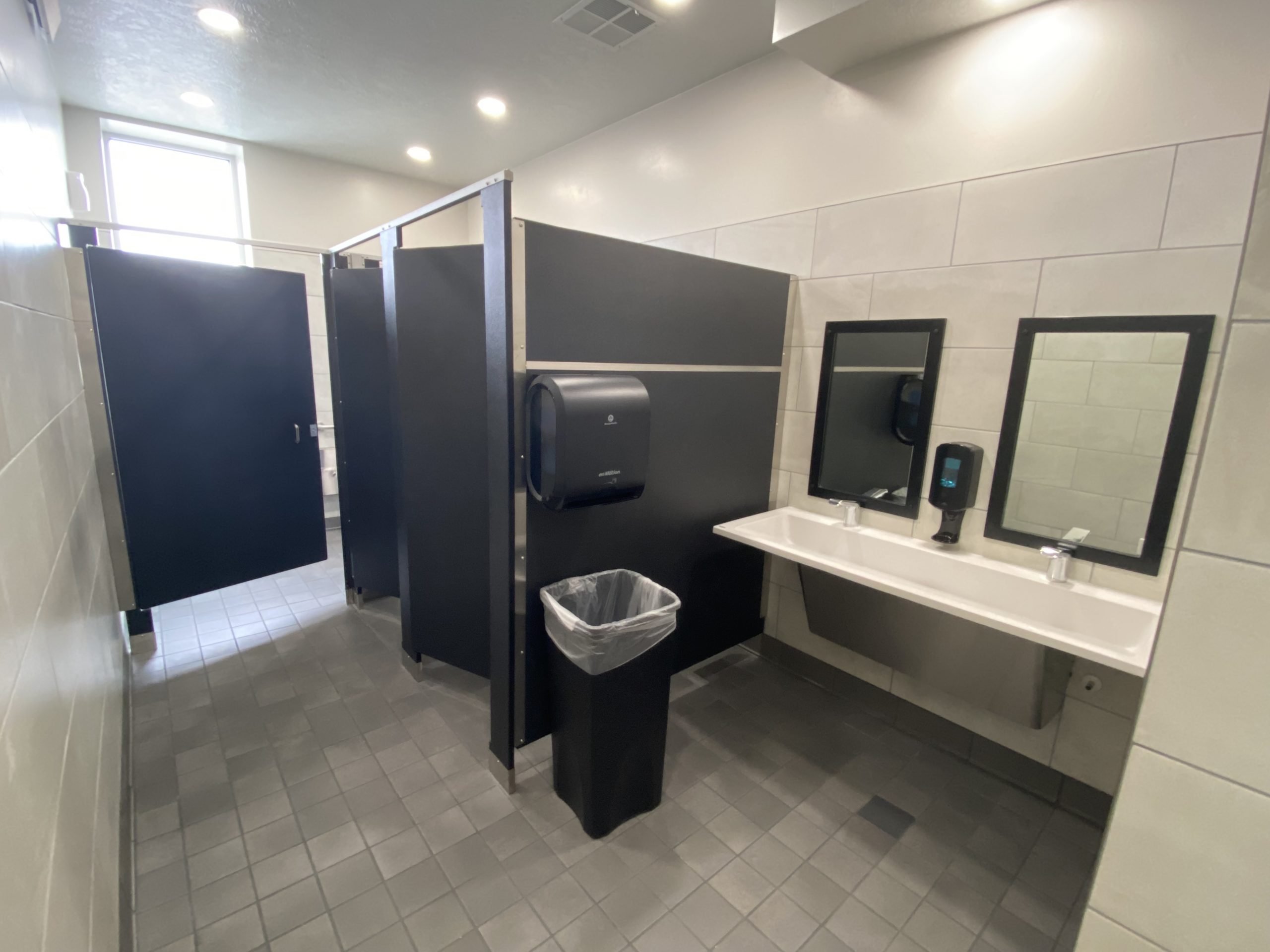 Bannock County is fulfilling its promise to provide accessible facilities for people of all abilities. After months of hard work–and supply chain delays—the six newly renovated, wheelchair accessible restrooms in the Bannock County Courthouse were completed under budget.

This is the first time the Courthouse restrooms have been updated since their original installation in 1953, nearly 70 years ago. The new restrooms, along with cosmetic and utility improvements, will allow space for people who use wheelchairs to enter and navigate the restroom with ease.

“I’m so glad to have this project finished, as it really improves the Courthouse facility for all users,” Kendall said. “Buildings from the 1950s often weren’t built with all patrons in mind, so we need to continually work on bringing this Courthouse into the 21st Century.”

Renovations for all six restrooms, plus electrical and sewer upgrades, cost just under $397,000, well under the original $500,000 budget. The County also saved money by utilizing the in-house Special Projects Manager rather than hiring an outside contractor–as initial estimates were near $700,000. The money for the project was paid from the County Capital Acquisition Trust and approved for use by the Board of County Commissioners.

Bannock County is not immune to the ongoing supply chain problems. The restroom stall doors were on hold for several weeks, delaying the completion of the project. During this time, Kendall was able to work on other special projects for the County.

This was one of the largest of several projects the County has planned to bring its facilities into compliance with the standards set forth by the Americans with Disabilities Act. Other recent projects include widening inadequate doorways and installing easy-access door levers, installing two ADA-accessible counter stations at the Elections’ Office, and renovating Courtroom 312 to be ADA-compliant for the public and jury.