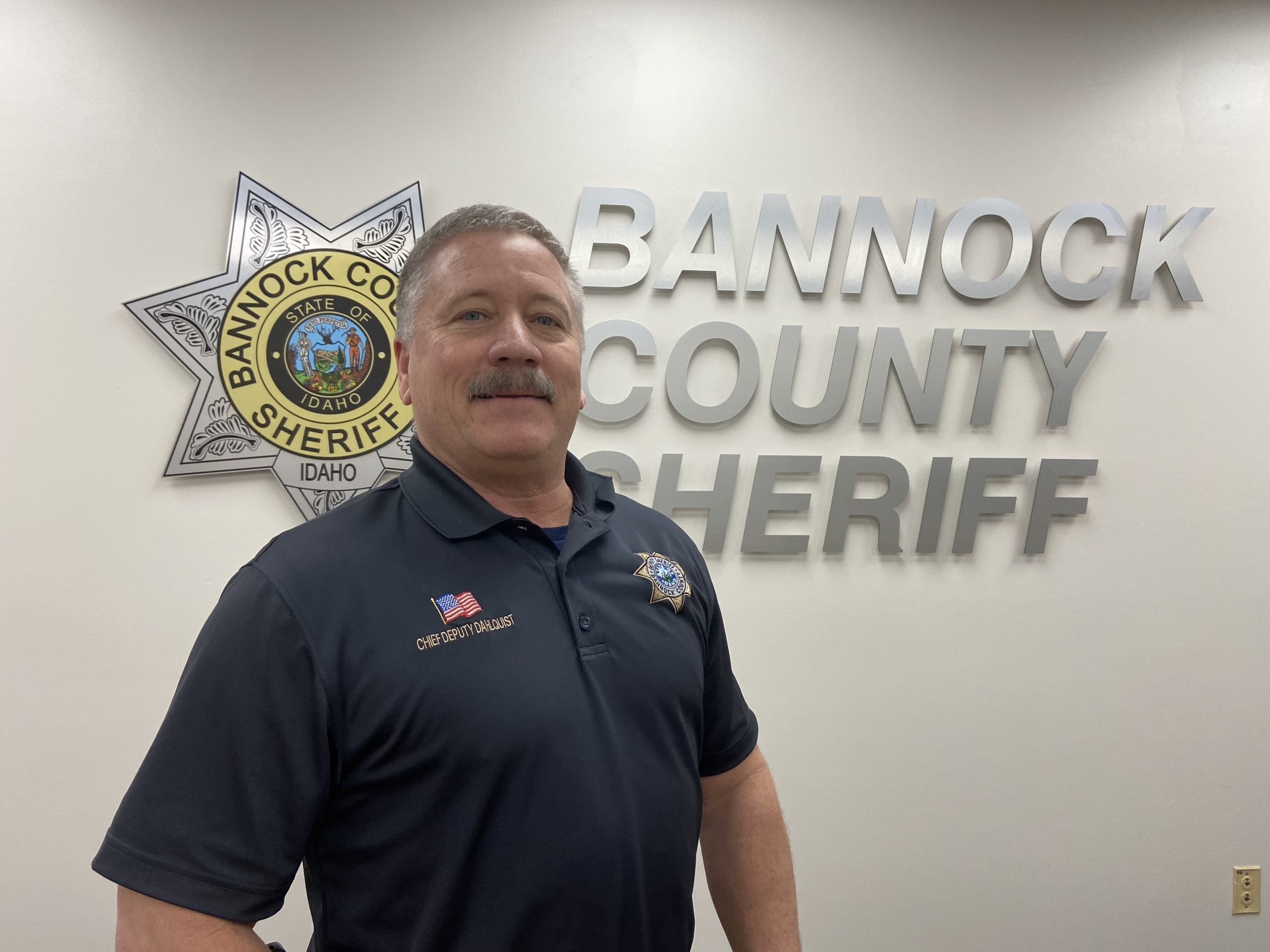 Dahlquist has been an undeniable asset to the Sheriff’s Office, having worked his way through the ranks to become Sheriff Tony Manu’s second-in-command. The Highland High School alum was hired to work in the jail on Aug. 1, 1988 after graduating from the Idaho Peace Officer’s Standards and Training Academy, from which he now holds an Advanced Certificate.

Dahlquist’s many achievements include being awarded the Public Safety Officer Medal of Valor and a Distinguished Service Medal awarded by former Sheriff Lorin Nielsen, as well as serving as Secretary for the Bannock County Deputies Association and as a member of the Idaho Sheriff’s Association. He was also inducted into the DuPont KEVLAR Survivors’ Club after surviving a shooting in Lava Hot Springs in which a bullet hit his ballistic shield.

Sheriff Manu said Dahlquist has been a “brother deputy” of his since the day he started at the Sheriff’s Office.

“Dahlquist has always been the steady, even-tempered, mild-mannered person from the first day I met him to this day,” Manu said. “He’s always been a man of few words and slow to react to complicated discussions, but when he speaks, his response has a lot of depth, is well thought-out, and has a heavy impact with the discussion.”

Manu continued, saying “I’m going to miss the intelligence he provided as the Chief Deputy, but more importantly, the close personal relationship we’ve built throughout our career from the on-the-job experiences and on a personal level. I look forward to celebrating his upcoming retirement to thank him for his 33 ½ years of service.”

Dahlquist became involved in law enforcement through the inspiration of his uncles, who invited him to work with them as an intern range detective in Uinta County, Wyoming.

Some of Dahlquist’s most memorable moments from the job include assisting in the 1995 Ligertown incident and the 2012 Charlotte Fire, both of which, he said, exemplify the community coming together and saving lives. That unpredictable variety of situations–and, of course, the people–is what Dahlquist will cherish most about his time in the Sheriff’s Office.

“I’m blessed to have always had support from my wife and family, the officers I work with at the Sheriff’s Office and other agencies around us, but, mostly, the community,” Dahlquist said. “The ability to make a positive difference and form a relationship with so many people helped me enjoy every day of work.”

Dahlquist’s future plans are to spend time with his family, travel, and enjoy the great outdoors. His last day will be Wednesday, Feb. 16, 2022.