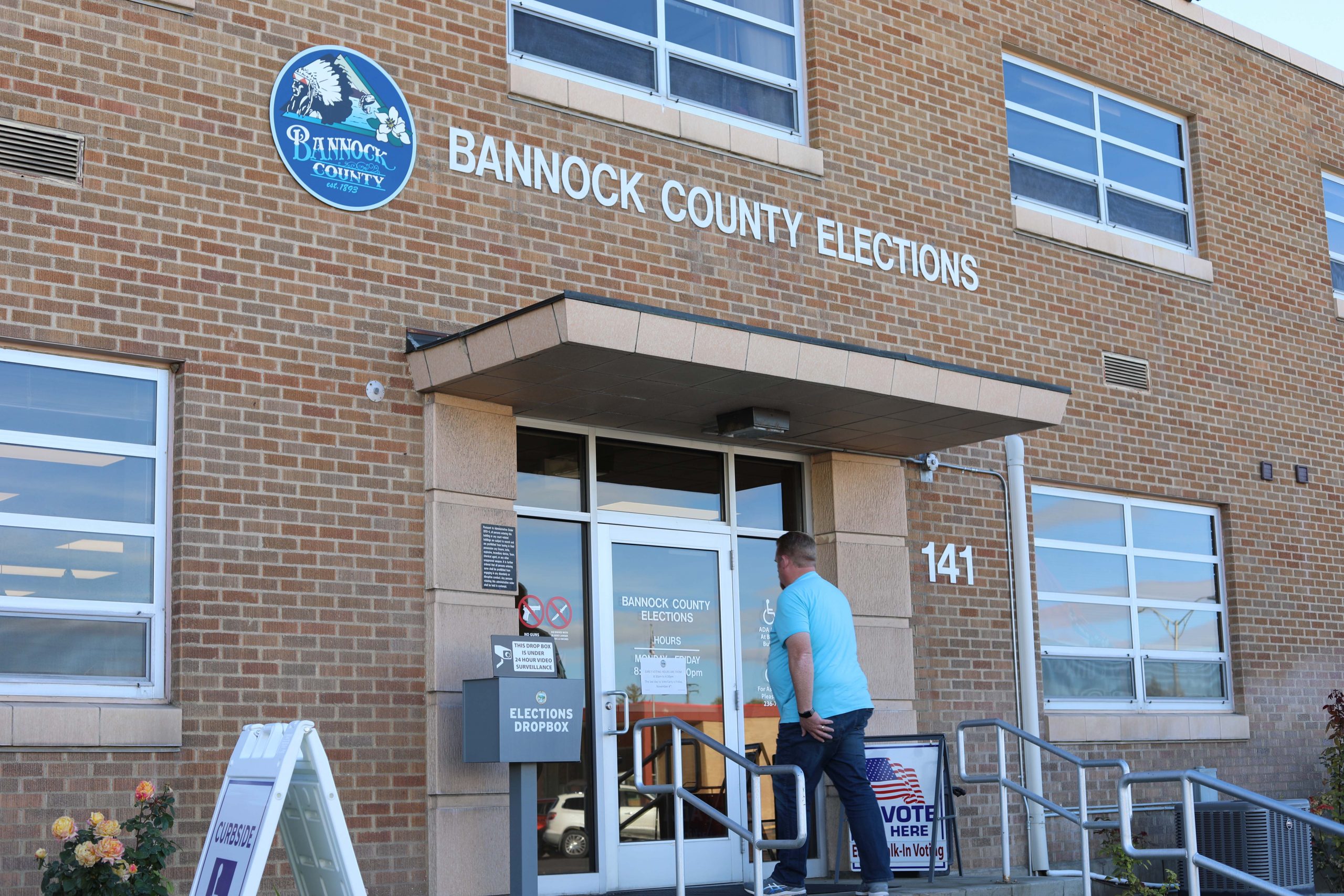 As confidence in U.S. elections wobbles nationwide, staff in the Bannock County Elections Office are proud of the measures they’ve taken to secure local election results.

Race auditors traveled to Pocatello to review 10 Bannock County precincts, accounting for more than 2,000 ballots. They found a single variation that was attributed to a sorting error.

“That seems about right for our typical margin of error,” said Julie Hancock, who has been the Elections Administrator for Bannock County since 2014.

The Bannock County Elections Office has touted a 0.01% to 0.0011% margin of error for the past seven years, according to Hancock.

Despite the low margin of error, Hancock welcomes audits like the Secretary of State’s.

“We want to be audited. We want to prove to our public that our office runs secure and accurate elections,” Hancock said.

To improve the public’s confidence in local election results, Hancock is sharing how her office safeguards the vote.

Before every election, the Bannock County Elections Office hosts a Public Re-Certification of the Ballot Tabulation Machines, the machines that count ballots and votes.

The public, members of the media, and candidates on the ballot are invited to watch as volunteers from the Bannock County Republicans, Bannock County Democrats, and the League of Women Voters observe and certify a test of the machines to ensure they are working accurately.

The Public Re-Certification for the 2022 General Election is scheduled for Tuesday, Nov. 1, at 2 p.m. in the Elections Office, 141 N 6th Ave. To view the May 2022 Re-Certification, visit bannockcounty.us/elections and scroll to the “Election Security” tab.

Since 2017, Bannock County has used Election Systems & Software (ES&S) DS450 ballot tabulation machines. In order for a county in Idaho to use these machines, they had to be certified by the Idaho Secretary of State by running 1.5 million ballots through each device with zero error.

“We chose ES&S because they’re reliable, accurate, and safe. They’re well known for their integrity, and they even use the Idaho National Lab to test their machines,” Hancock said.

“That’s about the best checks and balances you can get,” Hancock said. “I would venture to say you’ll get more human error counting ballots by hand than you would by counting ballots using the machines.”

The tabulation machines do not have internet connectivity, which means they cannot communicate with the voter database, nor can they be hacked.

Not only are the tabulation machines not connected to the internet, but the entire Bannock County Elections Office has no wireless internet connection, further protecting the office from bad actors.

The Elections Office is physically secure, too. Ballots are locked in a vault inside a locked room. The tabulation machines are stored in a separate vault, also with limited access. All doors to the office are locked every night, with only two people assigned keys: the elections administrator (Hancock) and the assistant elections supervisor.

Beyond locked doors and vaults, the Elections Office uses surveillance cameras for added security. Two security cameras are on 24 hours a day, 7 days a week recording the ballot vault and the ballot drop box outside the office. 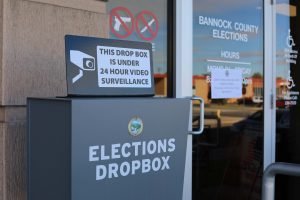 “We record and stream everything on election night, too. Once a ballot enters the elections office, the public can watch every step that ballot takes before it’s stored in the vault,” Hancock said.

An additional two cameras are turned on and live-streamed to bannockcounty.us/elections on Election Day. The cameras’ line of sight covers every space that a ballot will travel through the office during an official count.

“We hear concerns from people about out-of-state residents or dead people voting in Idaho elections, which I understand, but I try to communicate why that isn’t an issue for us,” Hancock said.

The state also notifies elections offices of newly convicted felons who are ineligible to vote as well as former Idaho residents who recently moved out of state. Elections staff use this information to remove the deceased and ineligible voters from the database.

“We take every measure to make sure each election is secure and accurate, but we are always looking for ways we can do even better. I encourage the public to ask us questions if they have concerns about the integrity of Bannock County elections,” Hancock said.

To learn more about Bannock County’s election security measures, visit bannockcounty.us/elections and scroll down to the “Elections Security” tab.